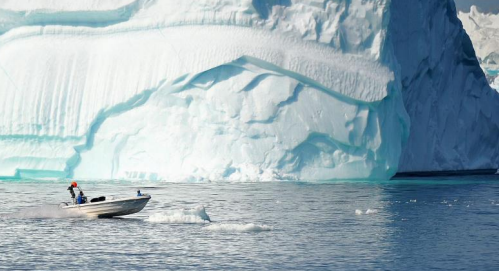 The Government of Greenland has asked that a letter about the 2020 salmon fishery in Greenland be circulated to the West Greenland Commission.

The letters states that ‘the 2020 fishing season for salmon in Greenland will start on 1 September. The regulatory measures outlined during the Annual Meeting continues to be in force. In addition, the Ministry of Fisheries, Hunting and Agriculture wants to inform the parties in the West Greenland Commission about the following:

• An online reporting system has been implemented and it is hoped that it will increase the number of reports as well as reduce the time between the report being concluded and arriving at GFLKs office.
• The SMS campaign will continue this year, now including all fishermen that has provided their mobile number.
• The Radio campaign will continue again this year, running twice a day during the fishing season – special focus on the new online reporting option.
• The intention is to close the fishery, when it is estimated that 75 % of the quota will be utilized, considering the delay in reports in 2019. A meeting with KNAPK is planned for 15. September, where this will be evaluated.
• A new executive order is undergoing a hearing process currently with the following changes; banning of drift nets, addition of online reporting option, change of date for 0-catch reporting from 1. December to 30 days after closure of the fishery.
• The website, where the weekly quota uptake is published will be decommissioned at some point during September/October and it will not be published another place at this stage as plans are underway for a new IT-system to be launched in 2021.
However, the quota uptake table can be forwarded on request.’

West Greenland Commission TAG Prize Winner 2020
Mr Poul Zeeb receiving his TAG Prize Certificate from Mr Karly Lyberth, former Minister of Fisheries, Hunting and Agriculture on...
More
Decision on NASCO Meetings
As we monitor the continuing uncertainty due to the Covid-19 pandemic with respect to restrictions on travel, and possible quarantine...
More
We use cookies to ensure that we give you the best experience on our website. If you continue to use this site we will assume that you are happy with it.Ok